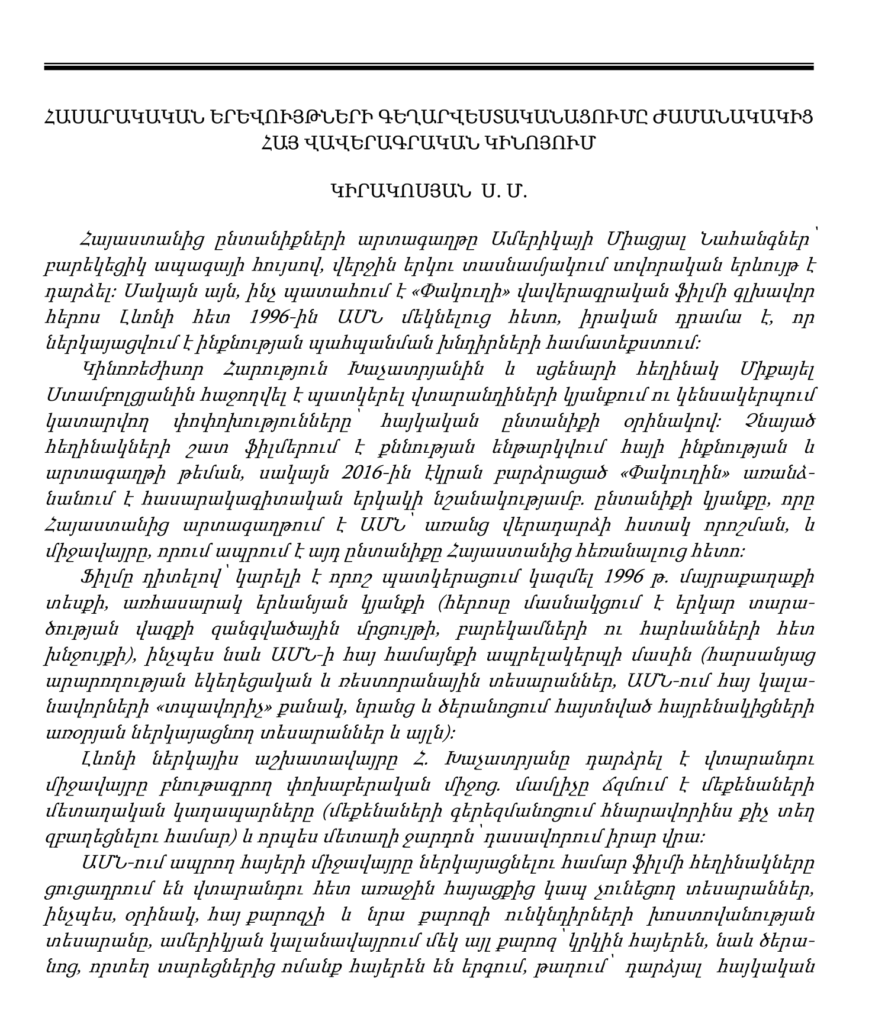 AESTHETICIZATION OF THE SOCIAL PHENOMENA IN THE ARMENIAN CONTEMPORARY DOCUMENTARY CINEMA

Armenian contemporary documentary cinema fulfills one of its main functions, which is presenting important aspects of modern society through creative techniques without creating contradictions between the fact of life reality and cinema reality. From this point of view documentary film can be used in sociological researches. More vivid examples that show a large panorama of different phenomena of Armenian society are the “Deadlock” by Harutyun Khachatryan, “Bekor” (sherd) by Tigran Khzmalyan, “A Story of People in War and Peace” by Vardan Hovhannisyan, “The Young Man Who Didn’t See Anything or Exercise 09:39” by Arusyak Simonyan.